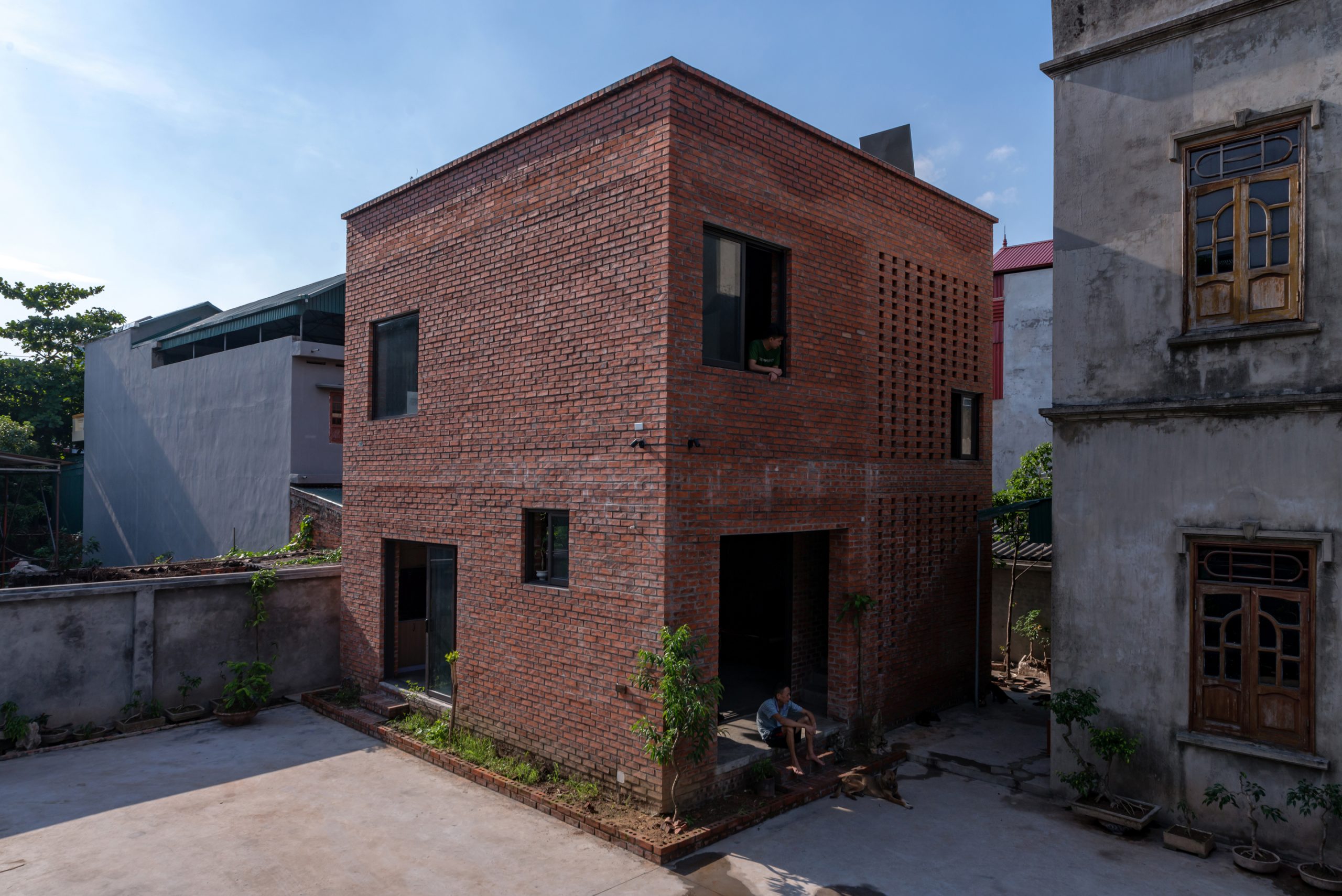 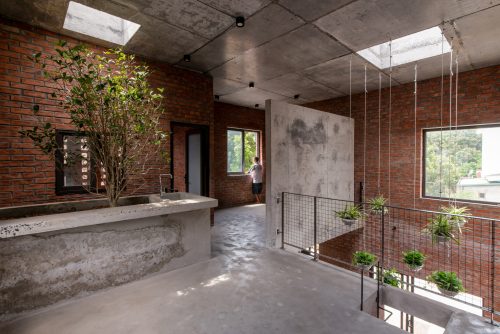 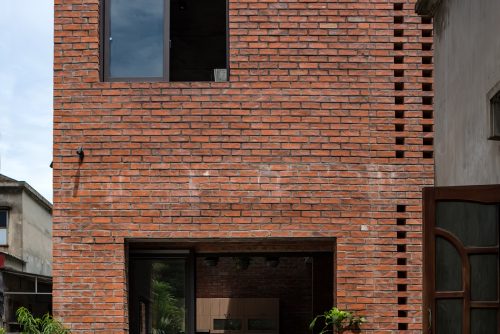 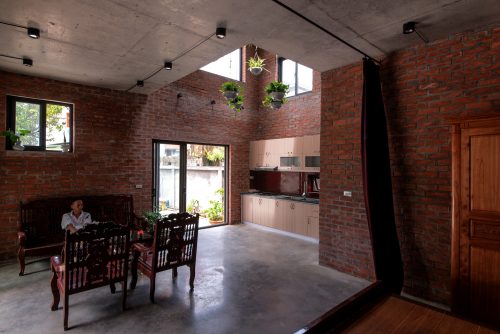 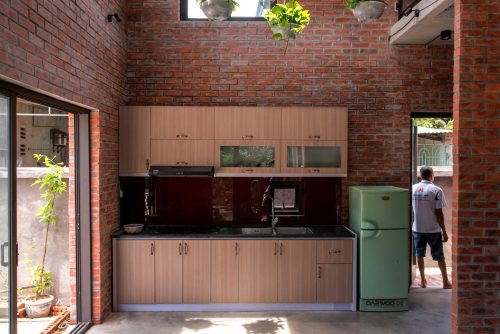 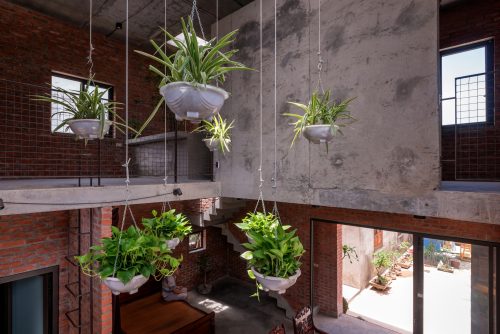 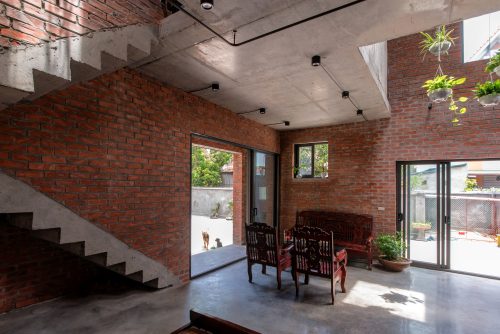 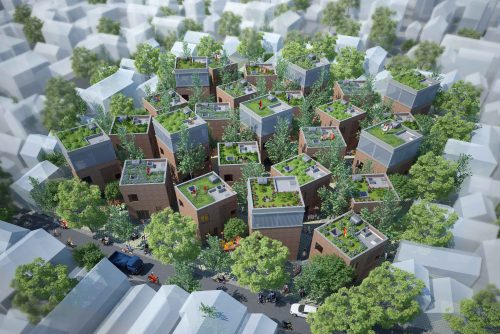 70% of Vietnam's population now lives mainly on agricultural production in rural areas; however, rapid industrialization and urbanization in the past 20 years has resulted in a loss of millions of hectares of agricultural land, leaving nearly three million workers unemployed. In the meantime, the country's population has increased by more than 15 million people, which results in a high housing demand. This has then entailed massive waves of construction and sprawl land encroachments in rural areas and from other vulnerable communities. As a result, the living environment and natural habitat in these areas have been seriously contaminated and impaired, thus gradually disrupting the relationship between Humans and Humans and between Humans and Nature in the context of increasingly severe climate change.

As such, the aim of the project is to build a house which helps promote Agriculture and at the same time create jobs for local residents.

The proposed house is like a cube of earth cut out from a field. Inside this cube are many nooks of the nest connected to a section of field at the top roof.

Named as AgriNesture (Agriculture + Nesture), the house consists of two main parts: Frame and Cover which can be used in many different vulnerable areas such as rural areas, flooded areas, and resettlementor low income areas. Clusters of these houses are arranged in a variety of ways, creating a peaceful area of populations characterized with a Space for All. AgriNesture can also be used as a Home for All in the service of Education, Health, Community, etc.

The reinforced two - storeyframe (including foundation, columns, floor, roof, stairs) are made of reinforced concrete which costs VND 150 million (equivalent to USD 6,500). In case of the extension of used area, available empty spaces can be used or the third storey can be built up into a three-storey house. The Cover (including walls, doors, partitions) will be completed in accordance with different regions with friendly materials available in localities such as vines, rammed earth, bricks, etc. The house roof is a place for Agriculture where a system of water rain collection and utilization as well as re-use of water is paid special attention.

Users will directly participate in the process of building the house and they will actively divide the spaces subject to their own needs. In addition, they are also the ones to produce the cover materials appropriate with their local conditions. In this sense, the building process will help create jobs and shape Homes which promote Agriculture development and bring about ecological balance as well as economic stability for the population in vulnerable areas.

AgriNesture will be, therefore, a place of convergence, interaction, and adaptation of various local contrasts (natural vs. man-made, residence vs. agriculture, individuals vs. communities, etc.), thus enabling it to be not only a Physical space but also a truly Human place.